MIAMI LAKES, Fla. | The inaugural Players First Summit concluded this past weekend with 130 soccer professionals taking in various presentations and educational sessions. The Players First Summit – held Dec. 13-14 at Shula’s Hotel and Golf Club in Miami Lakes, Florida – was an educational and collaborative experience exclusively for Players First-licensed clubs, and participants are returning to their clubs inspired to continue to elevate youth soccer standards.

Directors of these clubs, representing dozens of states across the country, learned alongside each other and were able to share best practices. The Players First story was told through a talented lineup of presenters with expertise in soccer, education, advanced technologies, business development and player health & safety.

“It’s really all about growth mindset,” said Joe Dugan, San Francisco Elite Academy Executive Director. “Do we, as professionals, want to get better? Hopefully the answer is yes. We want to make our kids better every day. We come here and we meet other professionals in a similar background as ours, and we just try to grow every day.”

“For every club in here, it’s important that we want lead the way for the players, and it’s key for us as a club to have that in the Players First mentality,” said James Harris, Sunrise Prime FC Technical Director. “You get to share ideas, and it’s been a great thing hearing from East Coast, Midwest and West Coast directors.”

These clubs are part of a heralded group that have proven their commitment to the Players First philosophy and its five pillars: Club Development, Coaching Development, Player Development, Parent Engagement & Education and Player Health & Safety. Players First is a branded, holistic club soccer experience for parents and players, which emphasizes the development of each individual to his or her full potential, and helps parents make better choices about where their children should play. This is youth soccer’s “Good Housekeeping Seal” and all 90 currently licensed clubs stand out locally and nationally as improving the club soccer experience.

“The Players First recognition is an absolute honor, but it’s also something to try to be better all the time,” said Justin Flack, Blaine SC Executive Director. “It’s not just about what’s happening on the field. We talk about it all the time: ‘What are the measurements of success?’ And it (wins and losses) seems to be the only one that clubs tend to focus on, or at least that’s the easiest thing to do. We want to concern ourselves with not only performing well on the field, but the other things that make up the larger experience for players, for families, for coaches. So, when this licensure came out, it was really a great framework for us, and it’s something that we want to aspire to and continue to be better at.”

At his farewell address to attendees, US Club Soccer CEO Kevin Payne looked out at the audience of soccer professionals and thought back to the origins of D.C. United. He insisted on the “three Cs” then, and decades later, those hold true to all the Players First-licensed clubs, as well. Clarity of purpose, consistency and communication – these principles formed a legendary MLS franchise, and they have the ability to transform youth soccer.

“Your club will have an identity. Will it be the identity you want it to be?” Payne asked. “Talk to your neighbors in your communities. Make sure your parents understand what being a Players First-licensed club is. It’s very important that we amplify this message.” 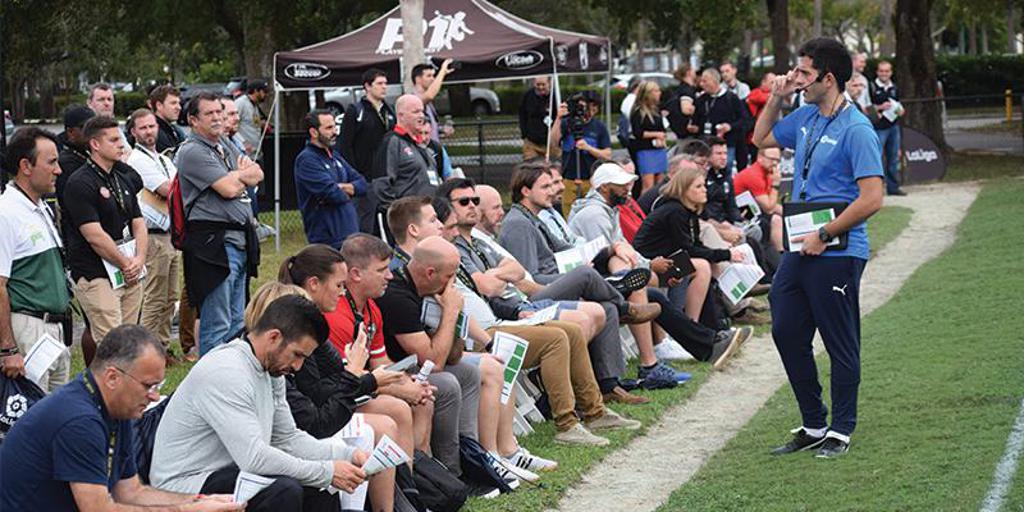 When clubs apply to become Players First licensed, they’re extensively reviewed by US Club Soccer. Then, they’re either approved in the same term of which they applied, or their applications remain open for up to six months to allow them to meet any additional requirements necessary for licensing. To date, about one-third of all approved clubs have been accepted after their initial evaluations required them to raise standards. This process – and the results – overwhelmingly prove that Players First licensing is elevating standards in youth soccer.

“Being able to self-reflect on our club and the way we’re doing things, it was an awakening,” said Zeca Neto, San Juan SC Director of Coaching, as he reflected on the application process. “The biggest point of these last few days has just been the networking with other directors and being able to get their feedback on what works for them and what doesn’t.”

“We pride ourselves on taking care of kids, whether it be developing good personalities or developing good soccer players – it’s all really important for us,” said Aidan Hamman, Lonestar SC coach. “So being certified as a Players First-licensed club just puts emphasis on us as trailblazers in our market. We want people to be able to rely on us that if you want your child to improve as a person and just have fun playing soccer, we’re capable of doing that. And if you want them to achieve more in soccer, we have the avenues to do that, as well.”

There were also two panel discussions: one focused on Player Health & Safety with 11+, Player’s Health and Storelli Sports; and the other was devoted to technology to enhance soccer development with Beast Mode Soccer, SportSessionPlanner and TopYa! Brian McBride, USMNT legend and Positive Coaching Alliance National Advisory Board member, was another featured presenter, as he participated in a Q&A that reflected on his youth soccer upbringing.