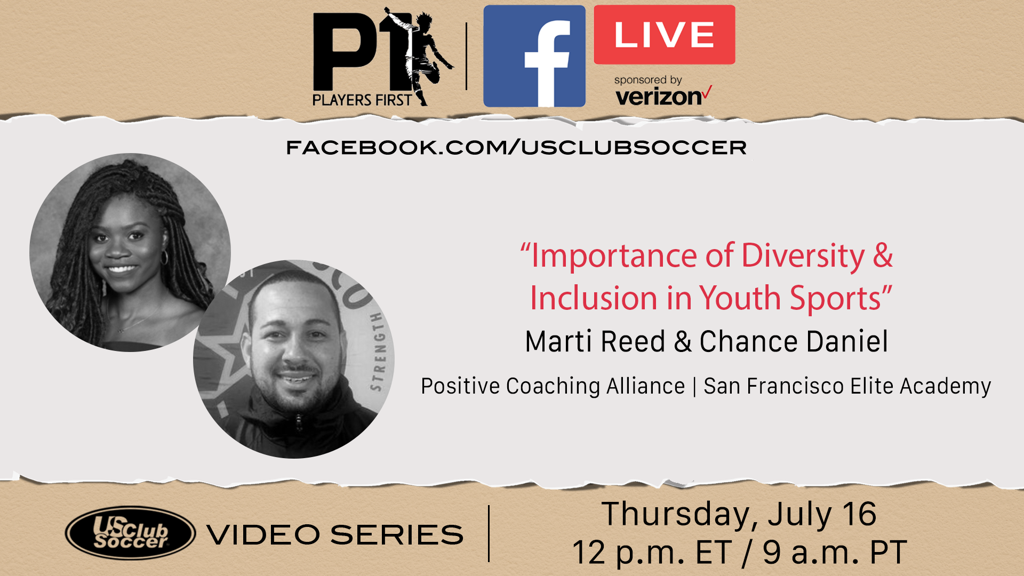 Positive Coaching Alliance has been a Players First partner since US Club Soccer launched the initiative in 2015, and San Francisco Elite Academy has earned a coveted Players First license after proving its commitment to the Players First philosophy and pillars.

The episode will focus on how a club's leadership, coaches, facilities and policies set the tone for the club community. We will also discuss how sports provide a unique opportunity to foster a more inclusive and diverse environment, and offer advice on how this culture can be developed in your club.

Reed played softball at UCLA from 2008-2012, where she won a National Championship and graduated with a degree in Sociology. As a coach, national speaker and mentor, she specializes in working with athletes prepare for life outside their game with the same commitment they brought to their sport. Reed offers 1:1 utility training, team training sessions and has been a featured speaker at several events across the country.

Daniel studied law at San Francisco State and holds a masters degree in Organization and Leadership from USF. Daniel is a technical director for the San Francisco Vikings Club where he also serves as a head coach for two girls' teams, and was recently named the Chief Diversity Office for the club. Overall he has over 15 years of coaching experience and a coaching philosophy centered around guided discovery, effort, and positive reinforcement.