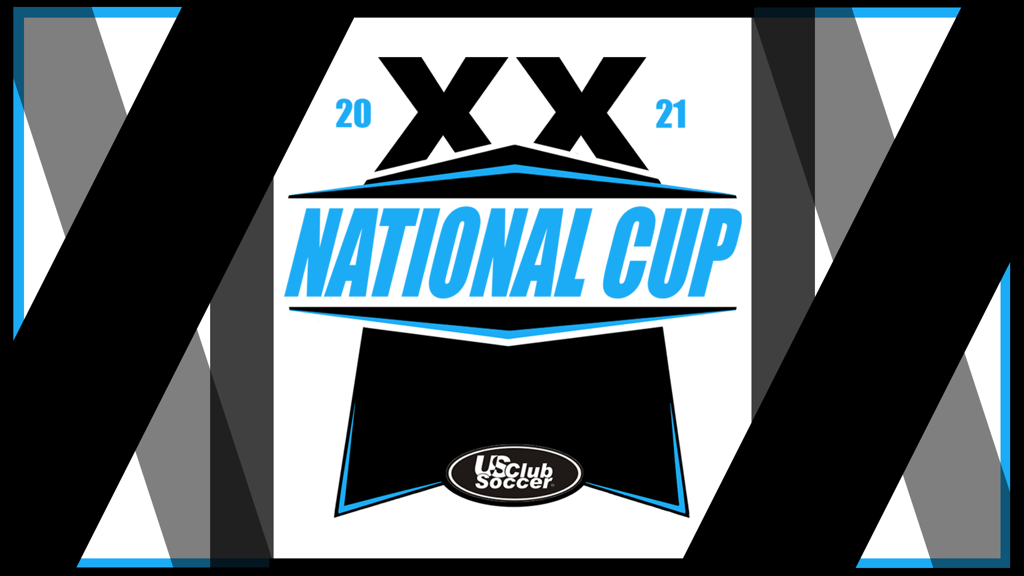 The 20th edition of the National Cup, US Club Soccer’s cup-based championship series, features six Regionals throughout the country in June 2021 and concludes with a prestigious Finals event in July.

In addition to these Regionals, the National Cup also includes qualification to the Finals via various state cups, which begin in the spring. National Cup XX Regionals are open to 13-U through 18/19-U boys and girls age groups (2008s through 2002/2003s) for Midwest, Northwest, South Central and Southeast Regionals and 12-U through 18/19-U (2009s through 2002/2003s) for the Mid-Atlantic and West Regionals.

Winning 13-U through 18/19-U boys and girls teams from Regionals and qualifying state cups advance to the National Cup XX Finals, of which will return to the prestigious DICK’S Sporting Goods Park in Commerce City, CO.

“After having to make the difficult decision to cancel the National Cup XIX due to the COVID-19 pandemic, we’re so excited to see our members again and host these fantastic tournaments,” said Kevin Payne, US Club Soccer CEO. “Next summer will be extra special, as we celebrate the 20th anniversary of this series. In its rich history, the National Cup has impacted hundreds of thousands of players.”

Applications will be in early 2021, and a subsequent announcement will be made. The National Cup features Super Group (most competitive) and Premier Group divisions. In the months leading up to next summer’s National Cup series, US Club Soccer will feature stories and highlights throughout the 20-year history. Members are encouraged to submit story suggestions, old photos and videos to communications@usclubsoccer.org or by tagging @USClubSoccer on social media and using the hashtag #NationalCupXX.

These venues are familiar sites for the National Cup with three locations having hosted Regionals for at least the past seven years. All six facilities are designed optimally for large, competitive tournaments.

The safety of all participants is, and will continue to be, US Club Soccer’s top priority. As the country recovers from the COVID-19 pandemic, we will consider various safety accommodations for players, parents, coaches, officials and staff. US Club Soccer members deserve the highest standards of competitions: safe, competitive and organized.

Interested teams can find the official National Cup XX rules, as well as information about registration dates, deadlines and fees at usclubsoccer.org/nationalcup.