Preview: National Cup XX Finals set to kick off on Friday in Colorado 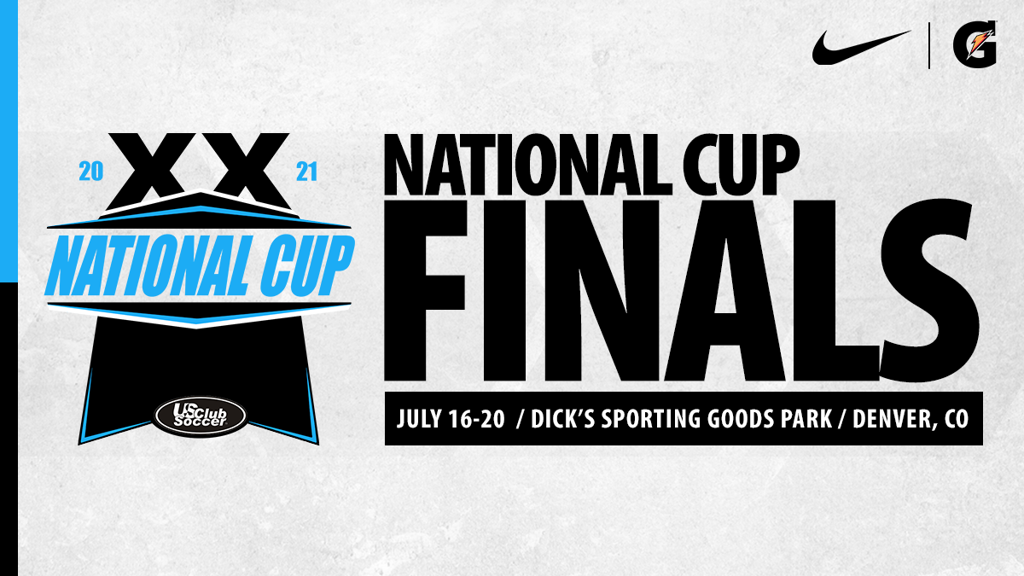 The National Cup XX Finals have arrived will be hosted July 16-20 in Commerce City, Colorado at DICK'S Sporting Goods Park. Over 200 combined teams across boys and girls competitions will all have their eye on winning national championships.

National Cup Regionals, the first stage of the competition series, were open to 12-U through 18/19-U boys and girls age groups in the Mid-Atlantic Regional, while the other Regionals – Midwest, Northwest, South Central and Southeast – featured 13-U through 18/19-U divisions. Unfortunately, due to COVID-19, the West Regional was cancelled for 2021.

Live Streamed Games
US Club Soccer will live streaming six matches during National Cup Finals. Two of those games will be streamed on Monday, July 19, while the other four will be finals matched aired on Tuesday, July 20.

Below is the full list of matches that will be live streamed at National Cup Finals:

Those matches can be viewed live on the US Club Soccer YouTube page.

Follow the Action on Social Media
Here are ways you can follow the action from the 2021 NPL Girls and Boys Finals:

On-Site Activation
US Club Soccer will have a few of it's sponsors on site with apparel and fun activities at the National Cup XX Headquarters located in VIP E lot (next to lot C). Below are the sponsors that will be activating during the event: