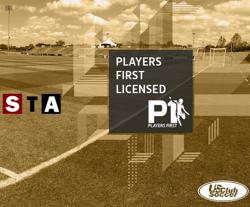 Editor’s Note: On Dec. 18, US Club Soccer announced the first-ever class of Players First-licensed clubs, which featured 46 clubs from 19 states. In the weeks to follow, those clubs will be highlighted with Q&As from their directors.

Question: Why did STA apply for Players First licensing?

Tom Shields, Boys Director of Coaching of STA: As a club that believes strongly in modeling best practice, one that endeavors to think about the needs of the person behind the player and one that is committed to providing the best possible learning and development environment for all of our members, a Players First licensing application made complete sense. We were excited to find a platform that was attempting to recognize and reward all of the programs that invested in and embodied such a belief, actively demonstrating the value of successful Player, Coaching and Club Development. Our hope is now, that the importance of such an approach is more widely understood and valued by the player, parent and youth soccer community at large, and that the clubs not yet on this list, are motivated to embrace and adopt this approach as one that will help the game in this country continue to grow and progress.

Question: What does it mean for STA to now be an official Players First-licensed club?

Shields: It obviously means a great deal to us. We were both delighted and humbled to see our hard work and philosophy towards development recognized and are immensely proud to be able to share this award with our membership. For us to be selected in the inaugural group of clubs, is a huge testament to the work that our wonderful coaches put in on a daily basis and simply wouldn’t be possible without the dedication they show to both their craft and their players. It is also validation for the environment created by our players and their families and we would like to thank them and everyone that has in the past, contributed to the growth of our club for helping us get to this point.

Question: What makes Players First licensing different from other initiatives or programs your club has participated in?

Shields: Players First isn’t about titles, leagues or standings. It is about exactly what its name suggests. It is about recognizing the clubs, coaches and management teams that have demonstrated a philosophical and operational commitment to development and a confidence to do more to support the needs of their young players and the people that call their organization home. It is about being brave enough to embrace a willingness to move away from an emphasis on simply results as a marker of successful performance, to one that applauds the understanding that our job as youth clubs is not just to create successful teams, but to provide a platform through which our players can grow and develop into the leaders and examples of tomorrow. For the first time, there is a performance benchmark that acknowledges the true value that clubs place upon this and for that we are grateful.

Question: What would you like the parents of STA to know about what this means to them?

Shields: We would like them to know that they, like us, should be proud of the role that their children and their own support, patience and understanding have played in this award being possible. As a club that operates inherently on the value of continued growth and development, they should also know that this acknowledgment of our existing performance will serve only to continue to motivate us to do even more to ensure the best possible soccer experience is witnessed for our players and parents alike. And that lastly, their trust in us was well placed. That with it, we have been able to be recognized as one of the country’s preeminent youth soccer clubs and that we look forward to the challenge of continuing to be an example in terms of the production of both better people and better players.