THE 11+: A WARMUP PROGRAM PROVEN TO REDUCE INJURIES AND SEVERITY OF INJURIES (VIDEO) 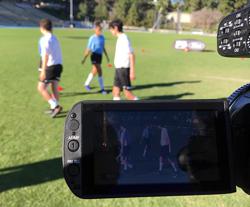 Twenty minutes at the start of practice could be the difference in having a full, healthy roster or a depleted roster with various ailments.

The 11+, a Players First resource helping to advance the Player Health & Safety pillar, consists of 15 exercises of running, strength, plyometrics and balance. It has been proven to reduce injuries in youth soccer players by 35-45 percent and reduce the severity of injuries by 20-30 percent.

Surely, you have 20 minutes to spare.

Physical therapist Holly Silvers, who has a PhD in biomechanics, became interested in ACL injuries after brother-in-law Tony Meola (yes, that Tony Meola) tore his ACL in 1999.

Not much longer, the 11+ (formerly FIFA 11+) was born. “If they’d had this program at the time, I wouldn’t have had to go through what I did,” Meola told Men’s Health.

The complete outline of exercises, as well was other helpful resources, can be viewed here.

“We’re continuing our partnership with US Club Soccer and Players First so we can broaden our message,” Silvers said. “This information is important to disseminate. We know it works. It’s been well studied globally. We’ve got multiple research studies to vet the fact that this program does indeed work. It’s no- to low-cost, and it prepares your athlete for high-level play. It makes them available throughout the entire season.

“Our ultimate goal is to keep our players safe and playing the game that we love so much.”

This 11+ demonstration is the latest example of US Club Soccer’s commitment to Player Health & Safety. This past summer, CEO Kevin Payne wrote an open letter to parents, in which he said: “We believe Player Health & Safety is our first and most important responsibility. To act otherwise would be irresponsible.”