2012 id2 National Selection boys team: Where are they now? 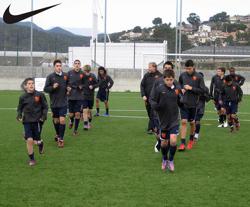 Pulisic, 19, has already left his mark on U.S. Soccer history and the international soccer scene. In 2015, at only 16 years old, the Pennsylvania native signed with Borussia Dortmund, one of the most successful clubs in German soccer history. By 2016, he was starting on Dortmund’s first team and playing an integral role in their attack. After being named U.S. Soccer’s 2016 Young Male Player of the Year, Pulisic registered seven goals and six assists in thirteen 2018 World Cup qualifying matches. Thanks to his unwavering confidence on the pitch, the midfielder/winger has set a multitude of records for the USMNT and Borussia Dortmund.