FROM HUMBLE BEGINNINGS, ATLETICO SANTA ROSA KEEPS ITS COMMITMENT TO – AND FINDS SUCCESS IN – ACADEMICS

Atletico Santa Rosa, a club north of San Francisco with more than 400 players, began in 2003 with a piece of paper and a pencil.

Adolfo Mendoza, now president of Atletico Santa Rosa, chose to start a club from scratch. “I decided to sit down and grab a piece of paper and pencil and draft out my vision for a club.”

Included among Mendoza’s list of requirements were: “make it affordable to the underserved, everybody makes the team, everybody gets to play.”

He developed rules and then publicized it. Mendoza was able to secure some membership, although it wasn’t enough to play competitively.

On a trip to Mexico, Mendoza was introduced to Messias dos Santos, a Brazilian native who was working with a second division Mexican club. When Mendoza told him about his vision for Atletico Santa Rosa, dos Santos was all in. “Oh, I’m on board,” dos Santos remembers telling Mendoza. “I’m going with you.”

“Everything sounded so beautiful on paper with his dream. Then, I got here and we had five kids,” dos Santos said. “Then, we started to grow, because people started to believe it.”

Dos Santos is now Atletico Santa Rosa’s Director of Coaching and Player Development. “Everything came together,” he added. “My first practice was April 23, 2003.”

You remember the exact date?

Less than a year after Mendoza’s pencil-and-paper moment, Atletico Santa Rosa joined US Club Soccer as a competitive club. Today, the club boasts teams at every age group ranging from academy to U-19s with some age groups having more than one team. All its teams are playing within the US Club Soccer-sanctioned NorCal Premier Soccer League.

But, the dream was more multi-faceted than just creating a club with a bunch of teams.

“Thirteen years later, we can brag about our product, our style of play,” Mendoza said. “I wanted to give everybody an opportunity. I didn’t look at it as a business. This was my way of giving back to the area, giving back to the underserved. I knew that if we did the fundamental development that these kids would get better and better and that would eventually open doors for them to get into college. We believe in our players and in the families.”

What has made Atletico Santa Rosa popular and successful is its commitment to academics. It’s especially important to dos Santos, who wasn’t afforded the same potential for higher education growing up in Brazil.

“I didn’t have what we have here,” dos Santos said. “Every single person can go to college here. We don’t have that in Brazil… My expectation is to put kids in college every year.”

Atletico Santa Rosa has been the catalyst for many youth players in the region to earn scholarships to play in college. And, for many of those recipients, they’ll be the first person in their family to go to college.

“That means something really, really big. We are changing cultures. Last year, when you get 70-80 percent of the roster into college, that was a very successful year for us,” dos Santos said. “Now we have the community asking: ‘Can you help my child get into college?’

“The United States is the land of the dreams, and the dreams come true if you work really hard. That’s the same thing with Atletico.”

The gravity of those accomplishments aren’t lost with Mendoza, either. “You’re establishing history for the next generation to come,” Mendoza said. “We have this young man that came to us at age 14. He came from divorced parents and was overweight. But, he put in the time. Now, he gets into Harvard. The CEO of Ali Baba got rejected 50 times to Harvard. For us, that’s a milestone. That makes us proud. You’re living the American dream.”

That 14 year old was Cesar Farias. Prior to playing competitively, Farias, a midfielder, was a standout on his rec team. His father pushed him to try the next level at Atletico Santa Rosa, telling him: “‘If you want to go pro, this is the guy you have to go through,’” referring to dos Santos.

Dos Santos bragged about Farias’ work ethic. Within a year of making the jump to a competitive team, he was named team captain. “He’s always on the field,” he said. “He was the hardest worker I’ve ever had.”

Farias was brought into an id² Training Camp in 2010, where he continued to absorb valuable principles. He remembers one of the staff coaches encouraging him to mirror his on-field intensity in the classroom. Back home, his club was already taking steps to make sure its clubs are prioritizing academics. “Messias checked on our grades, and he wasn’t afraid to discipline players for lagging behind,” Farias said.

Farias was not only impressing his Atletico Santa Rosa coaches, but he was gaining the attention of U.S. Soccer youth national team and US Club Soccer id² scouts. Farias attended his first youth national team camp in 2010 and was participated on the 2011 id² National Selection International Tour.

“For me, that was the biggest stage a player could get. The most important thing I learned from that was confidence and knowing you belong there,” Farias said of the id² trip. “It was an experience where I wanted to take in all I could take in. It was probably one of the best trips of my life.” 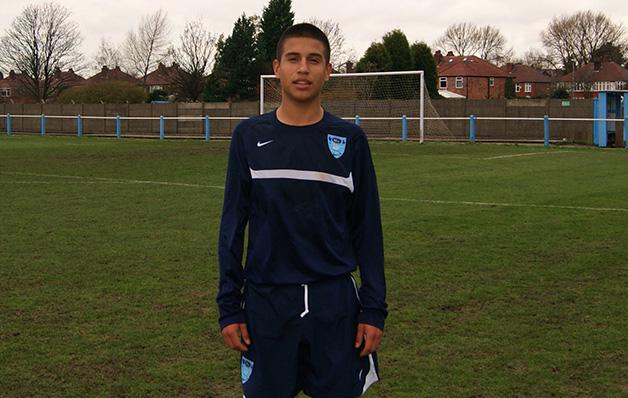 Five years later, Farias has committed to play collegiately at Harvard. He chose the iconic Ivy League school over 15-20 other interested programs, according to dos Santos.

James Moberg, an Atletico Santa Rosa and University of Washington alumnus, was selected by the Vancouver Whitecaps in the 2016 MLS SuperDraft.

“We need to reward them at the end of their club career and give them an opportunity to play in college,” Mendoza said. “We, as coaches, have to give them the tools to be successful. And it’s worked so far.