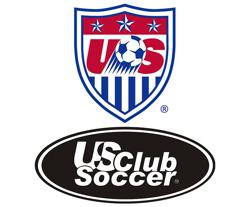 UPDATE (Jan. 25, 2016): US Club Soccer provided the following update to U.S. Soccer’s birth-year registration mandates. The Federation’s mandates in regards to small-sided games are still to be implemented by Aug. 1, 2017.

(Sept. 15, 2015): US Club Soccer has announced its implementation plan for U.S. Soccer mandates to calendar-year competition and small-sided games. US Club Soccer’s Board of Directors approved the action late last week in accordance with U.S. Soccer’s recent coaching initiatives.

If able to do so, members are encouraged to implement these initiatives prior to the mandates coming into full effect.

The new calendar-year format is consistent with international standards and U.S. Soccer youth national team programming. Players will still be allowed to play in an older age group. Small-sided and field size standards are for U-6 through U-12 age groups.

In order to ensure the smoothest and most efficient transition, US Youth Soccer and other youth soccer organizations are also implementing these standards at the same time.

The 2016 NPL Finals will also accommodate both roster structures. Many NPL clubs are already calendar-year based, though.

In addition, all tournaments submitted for US Club Soccer sanctioning that will be played after Aug. 1, 2016 will only be approved if age groups are calendar-year organized.

Player passcards will continue to be issued on an Aug. 1-July 31 competition season.

Questions may be directed to your respective US Club Soccer membership services representative.