Players First is a branded, holistic club soccer experience for parents and players, which emphasizes the development of each individual to his or her full potential, and helps parents make better choices about where their children should play.

In order to help members adopt Players First, US Club Soccer is providing a suite of best-in-class resources, which add value to clubs, coaches, parents and players.

New in December 2018, clubs can become Players First licensed. More details, including the application, can be found here. 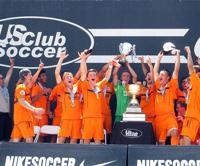 US Club Soccer offers cup-based competitions integrated at local, regional and national scales. Among them:

State cups: State-based or other geographic market-based cups that qualify for National Cup events. US Club Soccer’s state championship events allow hosting members the flexibility to develop an event that is formatted based upon the needs of each specific state or region. 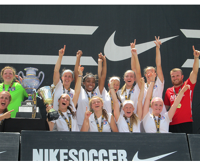 Elite National Premier League (ENPL): US Club Soccer and the Boys ECNL are collaborating to create a new national competition and development platform for 14-U through 18/19-U boys beginning in August 2017. The ENPL will provide local and national regular-season competition, national showcase events and postseason playoff competition for top teams across the country.

NPL Finals:  The culminating championship event of the NPL platform. Teams compete for NPL national championships in the 13-U through 18/19-U boys and girls age groups, qualifying for the event based on placement in their NPL during the year.

Local competitive leagues: Beyond the above leagues, US Club Soccer also sanctions hundreds of additional leagues throughout the country of various age groups (youth and adult), competitive levels and geographic sizes and areas. Generally, these leagues include quality, local competition without significant travel or club commitments required. US Club Soccer affords the flexibility for decisions to be made that are in the best interest of the specific league, participating teams and players.

Rec programs: Participatory-based leagues and programs, which are primarily in-house or intramural in nature. Rec programs benefit from easy registration and a reduced registration fee to go along with US Club Soccer’s philosophy of eliminating red tape and over-regulation. Rec players generally do not receive passcards as it is not expected they will travel. In all other respects, rec programs have the same rights as all other US Club Soccer members, including insurance coverage, tournament sanctioning, etc. 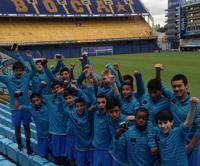 US Club Soccer offers a pair of integrated player identification and development platforms, both of which are Olympic Development Programs as recognized by the U.S. Soccer Federation and U.S. Olympic Committee.

id2 National Identification and Development Program:  Established in 2004 and open to all players regardless of U.S. Soccer affiliation or lack thereof, the id2 Program provides opportunities for elite youth soccer players in targeted age groups to be identified and developed, and scouted for potential inclusion in U.S. Soccer’s National Team programs. A comprehensive national scouting and recommendation program is used to form a player pool from which top players are invited to attend an id2 Training Camp. The id2 Program is not fee-based.

Player Development Programs (PDPs):  Regionally-based identification and developmental programs conducted under the id2 Program umbrella and focused around the NPLs in specific geographic areas. PDP invitations are based upon scouting within the NPL, scouting of NPL clubs and other nearby clubs, as well as recommendations from Directors of Coaching. Based upon this scouting and recommendation process, top players are invited to attend PDP events.

In order to aid soccer clubs in being the best possible vehicle for player development, US Club Soccer is committed to club development through coaching education and the establishment of club standards and guidelines to extend best practices to all member clubs. These standards and guidelines serve as the basis for eligibility in some of US Club Soccer’s top competitive platforms, such as the NPL and Elite Clubs National League.